Canada has one of the highest prevalence of irritable bowel syndrome (IBS) in the world, with an estimated 18% of the population affected. This means that close to 1 in 5 people are struggling with symptoms like diarrhea, constipation, bloating, abdominal pain, and nausea. The effects of irritable bowel syndrome are not confined to the gut, however. Over half of people with IBS also struggle with fatigue and psychological symptoms like anxiety and depression.

When it comes down to it though, IBS is what one would consider a “lazy diagnosis”. IBS is usually a diagnosis of exclusion which means that once other conditions such as an infection, celiac disease, and inflammatory bowel disease are ruled out, you are then told you must have irritable bowel syndrome. What this name does not indicate is why you are experiencing so much digestive discomfort. As a result, IBS sufferers are only offered symptomatic treatment such as laxatives or anti-diarrheal medication.

In our practice, we have found there are a number of common conditions that are resulting in IBS-like symptoms in our patients. Once we identify the underlying cause, it makes treatment so much more targeted, and often results in a complete resolution of symptoms. 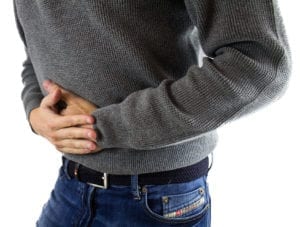 SIBO is a condition where bacteria start growing in the small intestine, where we don’t normally see large quantities of bacteria. This is different than an infection because it’s often non-pathogenic bacteria at fault, like lactobacillus. The bacteria produce gas as part of their metabolism which results in bloating and abdominal pain. Depending on the type of gas produced, you may experience either diarrhea, constipation or alternating diarrhea and constipation. This is the most common cause of IBS and studies are showing that up to 84% of people with IBS test positive for SIBO.

Dysbiosis of the large bowel

When the balance of bacteria in the colon is disrupted, pathogenic species of bacteria that are normally present in small quantities, are allowed to grow unchecked. This can result in diarrhea, abdominal pain, and mucus in the stool.

Candida is a type of yeast that is part of the normal gut flora. Candida is opportunistic by nature, meaning that it will overgrow when allowed, such as after antibiotic use or with immunodeficiency. When yeast overgrows in the intestines, it can result in diarrhea, constipation, and excessive bloating. It may also sometimes increase susceptibility for developing recurrent vaginal yeast infections in women. 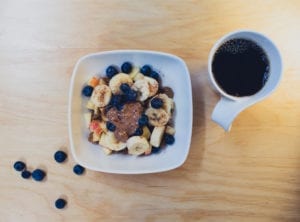 If your symptoms have been ongoing since childhood, a food reaction may be at fault for your IBS symptoms. Antibodies can be created to different foods resulting in both food allergies and sensitivities. Affected individuals may also experience eczema and asthma as part of their symptom picture. We test for both IgE reactions (food allergies) and IgG reactions (food sensitivities) using a simple in-office blood draw.

When you can’t effectively digest your food due to deficiencies in stomach acid, pancreatic enzymes, or bile, your body will have a difficult time absorbing nutrients from the food, and chronic nutrient deficiencies will result. The food that is only partially digested will be fermented by bacteria in the colon, resulting in excessive gas, diarrhea, and undigested food in the stool. The unabsorbed fats will also result in greasy stool.

Learn more about Naturopathic treatments for IBS and digestion at www.drhartman.ca